i've been playing petz my whole life. played it at home with my sister, installed P3 at my grandma's house so my cousins and i could play it, and have installed it on every laptop and/or i have ever owned. i've had this game longer than i can even remember but i never really attempted to join the larger petz community until mid-2018. i used to roleplay on Scribes of the Manen from maybe 2006-2008? (i think i was emms on there, if you remember me HMU!!!!!) but that was the closest i ever got to the PC.

in real life i sometimes draw, sometimes bake, sometimes do graphic design and am kind of teaching myself web design. i like true crime and animals and the occasional whiskey. i have a fiancee and two cats. 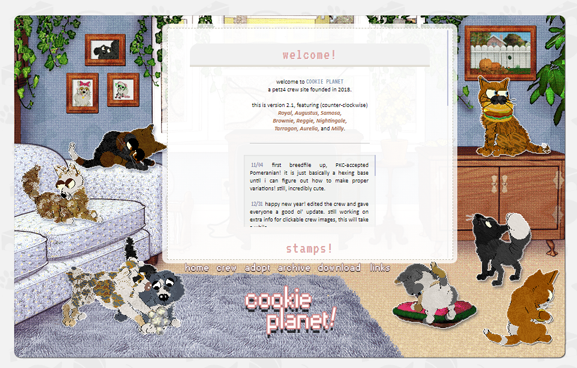 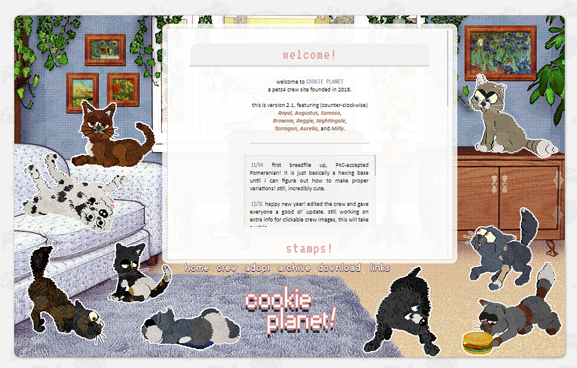 and unfortunately, v1 is lost to time but it was short-lived. here is the site's banner to give an idea of the color scheme: